I've started a discussion on the eevblog forum to gather a bit help for my project. And I did well since a few fellows did help me a lot on some aspects.

I have now been able to run the power meter at full resolution (even if it's very out of calibration), and have been able to locate where these annoying default settings are set (tip: unfortunately not in the EEPROM, but in the firmware).

I've also digged a bit more for the sensitivity problem on band 3. I still haven't foudn yet the true culprit, but now I have a few tracks to follow.

I've been in the process of disassembling a part of the firware to look for these default settings as well as how to activate the power meter. This latter was in fact already activated (but with 3dB resolution, since A107 had no U12/CR3 populated).

While I was waiting for the parts I was missing to modify the A107 as an option 02 enabled one, I was playing with the counter, and I discovered that the PM was in fact already activated.

After that, I could read (uncalibrated) power with the expected 0.1dBm resolution: 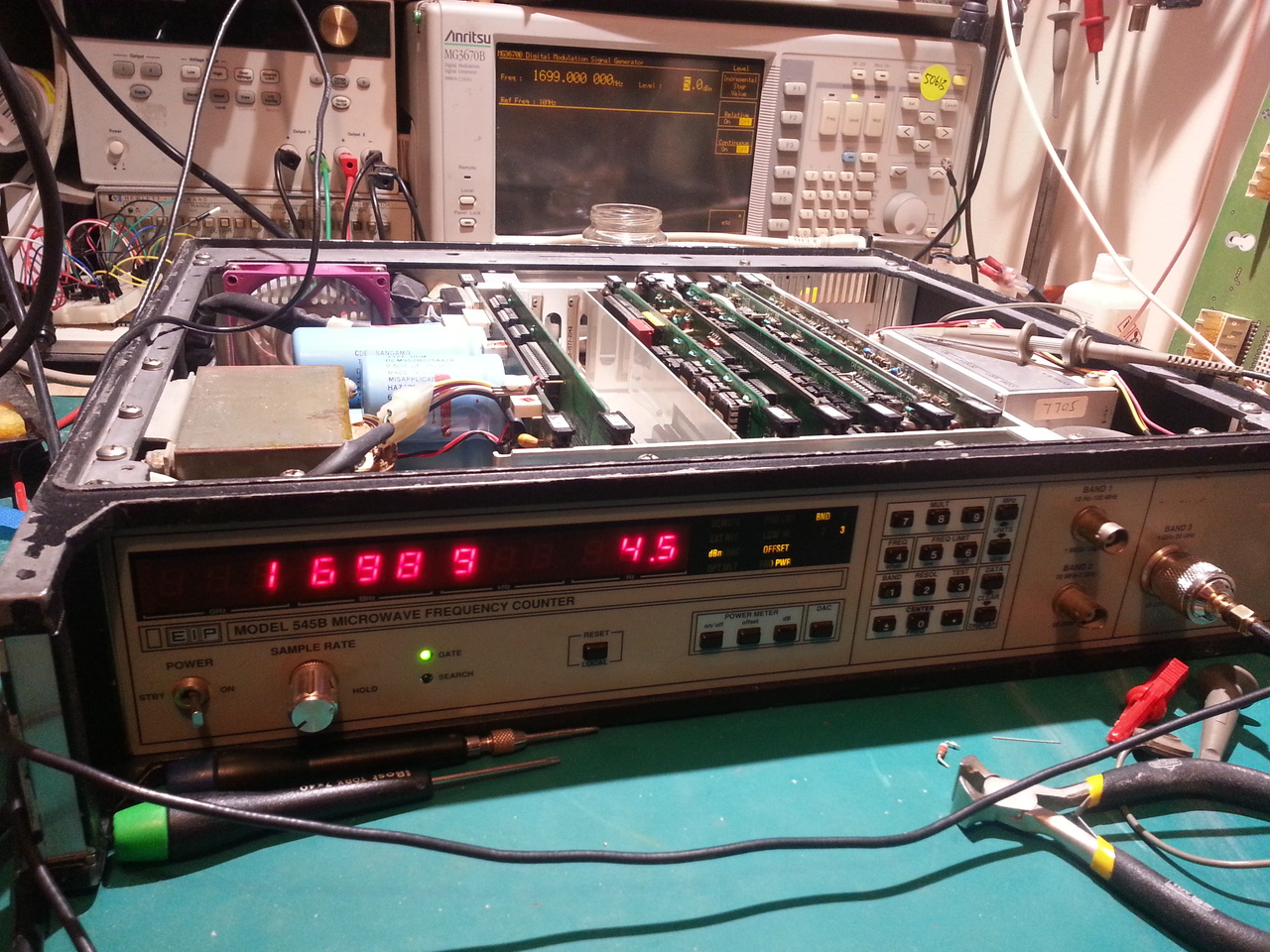 Now I still need to figure how to calibrate the damn stuff... A calibration procedure is quickly described in the service manual, but the procedure it imply writing the calibration table in the local EPROM on A107. Since this is not populated for the EIP545B, it must lay somewhere else.

That's where the magic of the wonderful eevblog comunity shine: HighPrecision, who happens to have serviced these kind of test gears for years, gave me the correct address for the PM calibration table: 0x0810, in the EEPROM.

Much quicker than finding this in the firmware!

Now I need a decent power meter to be able to calibrate it, but one step at a time...