After a summer pause, I'm back on my HP34970A repair project. In the previous post in this series, I've started to reverse engineer the serial protocol between the CPU board and the front panel, and implement a prototype of replacement display.

I bought the bigest OLED display I could find (at a reasonable price) that would fit in the front panel assembly. It's a blue 256x64 OLED display drived by a SSD1322 controler.

My first problem was to drive the display from my Nucleo board. I couldn't find graphic library that worked directly. I was already using the UniGraphic library with the small TFT display, so I decided to implement support for this OLED module in the library.

I spent quite some time to make this work for several reasons, among others: 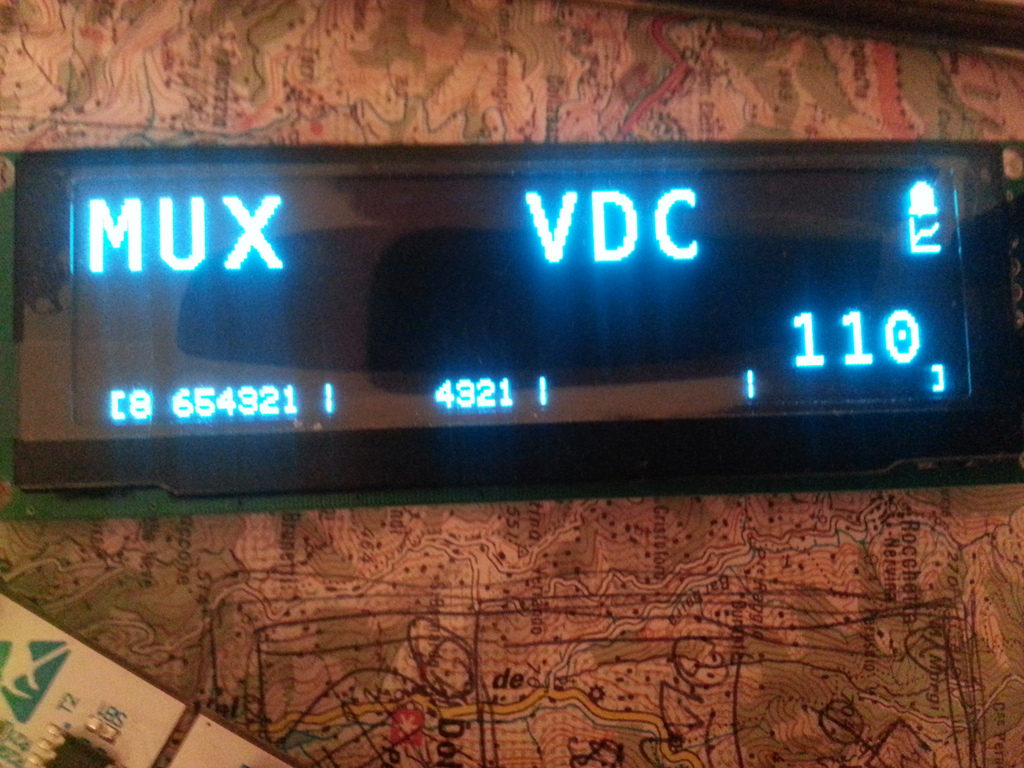 Once I could draw pixels on my OLED module, I put this code in my existing prototype replacing the simple display code I used with the TFT module.

And one problem I already had with the previous "working" prototype became bigger: I was missing many characters on the serial bus between the CPU and the front panel.

My first implementation of the protocol sniffing was very tedious and poorly written. It was not reading at all the traffic on the Tx line (ie the key strokes), so I was never sure if a 0x66 was the beginning of a transmission or some payload for which I missed the beginning.

Using the interrupt-based (asynchronous) BufferedSerial implementation did not help that much.

So I rewrote this part of the using 2 serial ports, using only the Rx line on both of them, one plugged on the Rx line of the serial communication, and the other on the Tx line of this comm. Doing so I can sniff the whole communication between the CPU and the display panel and make a way better protocol interpreter.

The result was way better than before, and now I was able to detect the protocol interpretation errors, but still, I was missing many parts of the transmission.

I ended up to figure that the culprit was my SSD1322::copy_to_lcd() method: it takes almost 20ms to transmit the whole display content the module. And with the way my code was written, even with interrupt driven serial handlers, these interrupt were not captured during the execution of this copy routine.

At this point, I've started to read a bit more the asynchronous and event driven APIs of the mbed platform, but could not clearly see a pattern to prevent this long "frozen" periods during which I was unable to capture serial communications.

I was almost ready to use 2 microcontrollers for the job: one to sniff and interpret the serial communication and one to drive the display. 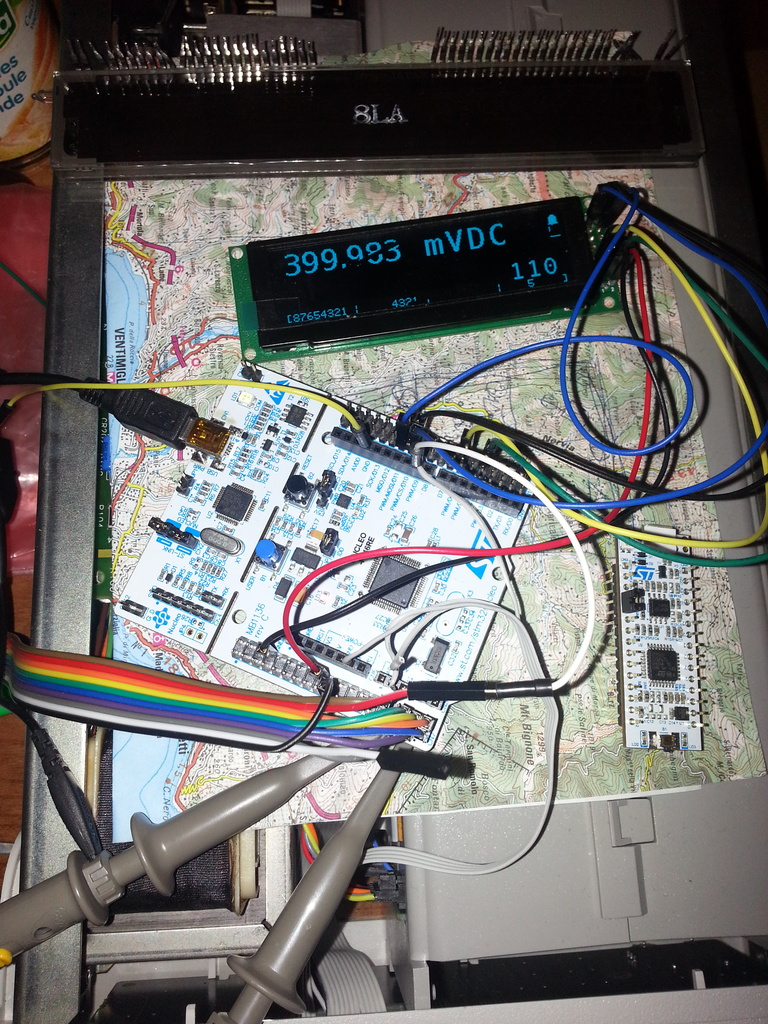 But I've discovered a few days ago that the RTOS project is now part of the mbed platform, allowing to use threads instead of pure event driven code. So I tried to put the copy_to_lcd routine executions in a dedicated thread, and bingo, I've got now something that begins to work enough to make it usable:

There is still a lot of work to do: