This is the part 2 on my series about my HP 8662A Signal Generator. After fixing the PSU, several more problems needed to be addressed:

The keypad was, as allways with HP devices from this period, very hard and "clunky" for most keys but 2.

No surprise: these keys were missing their famous (well, for some at least) spring: 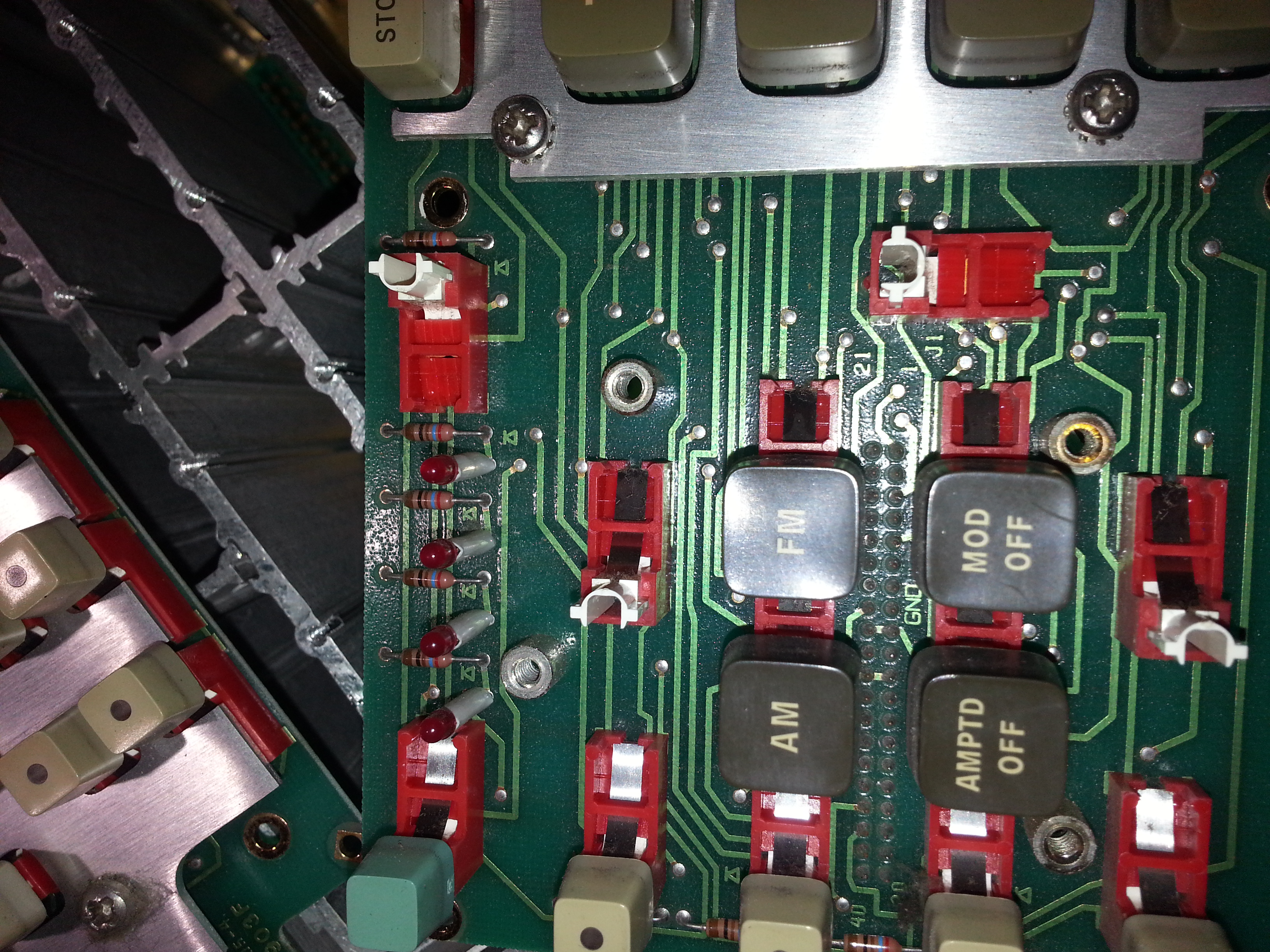 As you can (not) see, the "Status" key as well as the "Increment Set" key have no spring at all.

While I was cleaning the unit, I've been half-lucky and found one of the 2 missing springs. But I had to figure a solution for the other missing one.

While I was looking for a solution, I also gave a try to a simple solution: cut a replacement "spring" from a plastic wrap. I tried several wraps (of several widths), and I found one that seems to work just fine, and the feeling is about the same as original keys:

The rotary encoder was not working at all, and once again, a classical failure for those old HP gears: the small bulb used as light source for the optical encoder was dead.

I tried to replace it with a 3mm LED I had in my junk box, but it did not work, so I bought a few replacement bulbs on ebay, and sure enough, the encoder is now working ok (not perfectly, there are some missed steps: there are two small screws that look like adjustment screws, but I'm not sure how to tune them).