A very long time ago, I bought a venerable HP 3456A Digital Voltmeter. Back then, I had no clear idea what kind of device it is; but it was cheap. It worked quite fine (it is indeed not calibrated), but I noticed for a while that it was quite unstable: the last 2 or even 3 digits (in 6 1/2 digits mode) were jumping a bit too much.

Back then, I did not took the time to investigate the reasons of this behavior.

However, a few days ago I plugged it to roughly test the stability of an old Time Electronic Limitd D.C. Voltage Calibrator I bought for almost nothing. After a few hours, the display showed an overload condition (display OL).

So I started to read the service manual and to follow the troubleshooting guide. At some point I reached the step where the procedure requires a Signature Anayzer (which I obviously don't have). I briefly tried to dig the signals with my cheap USB logic analyzer, but the readings were quite disappointing. I was considering implementing a signature analyzer using a Nucleo STM32 board, since I have several of them for my HP 34970A display replacement project.

Suddenly, I realized I did not even check the power rails! And bingo, the +33V was dead (something like 5V).

Ok, much better, a power supply failure is a way better news. Especially since this kind of device uses a linear power supply: 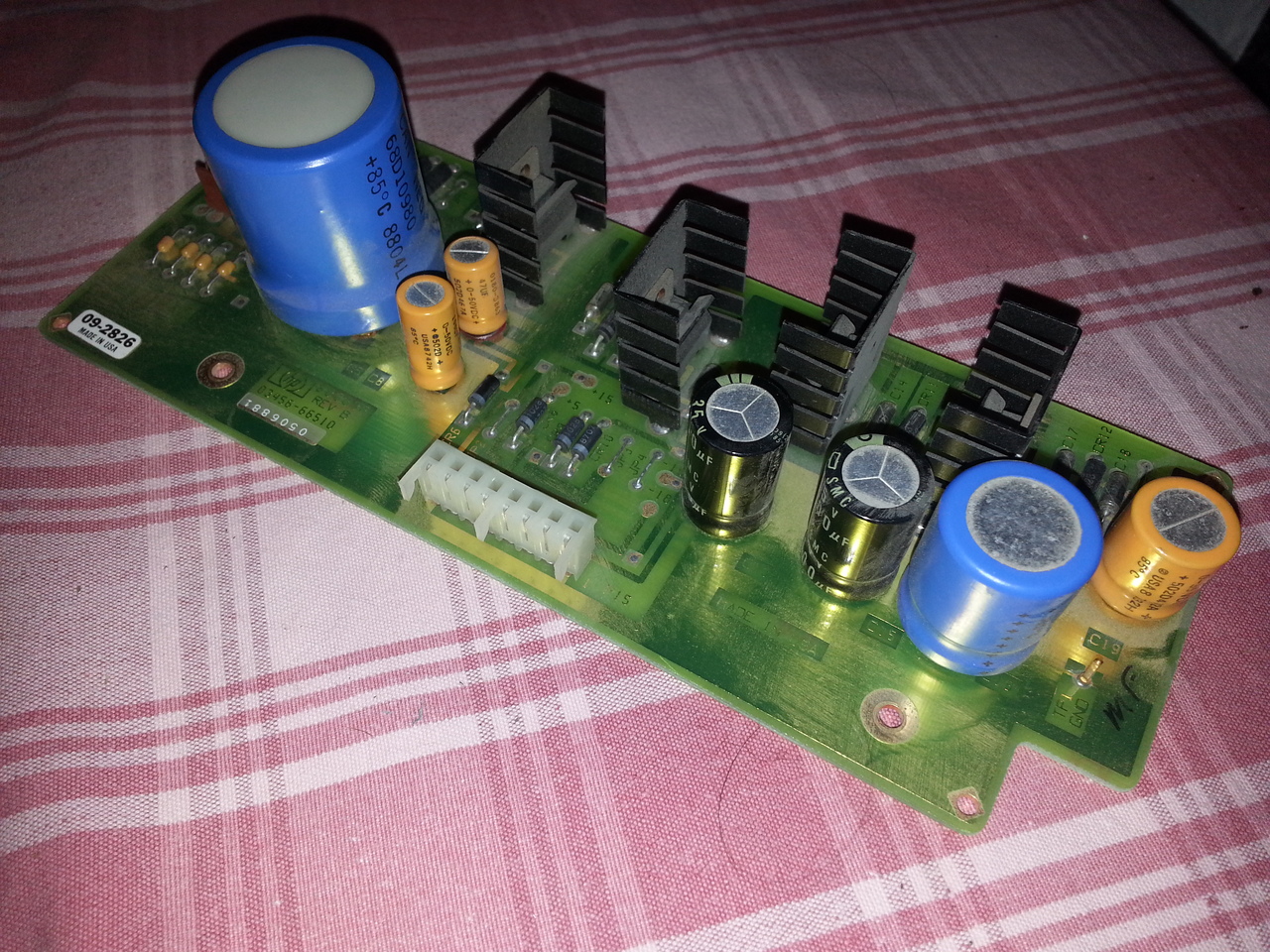 Yes, it is very dusty. The culprit appeared in plain sight as soon as I removed the power supply board (A10) from the unit: 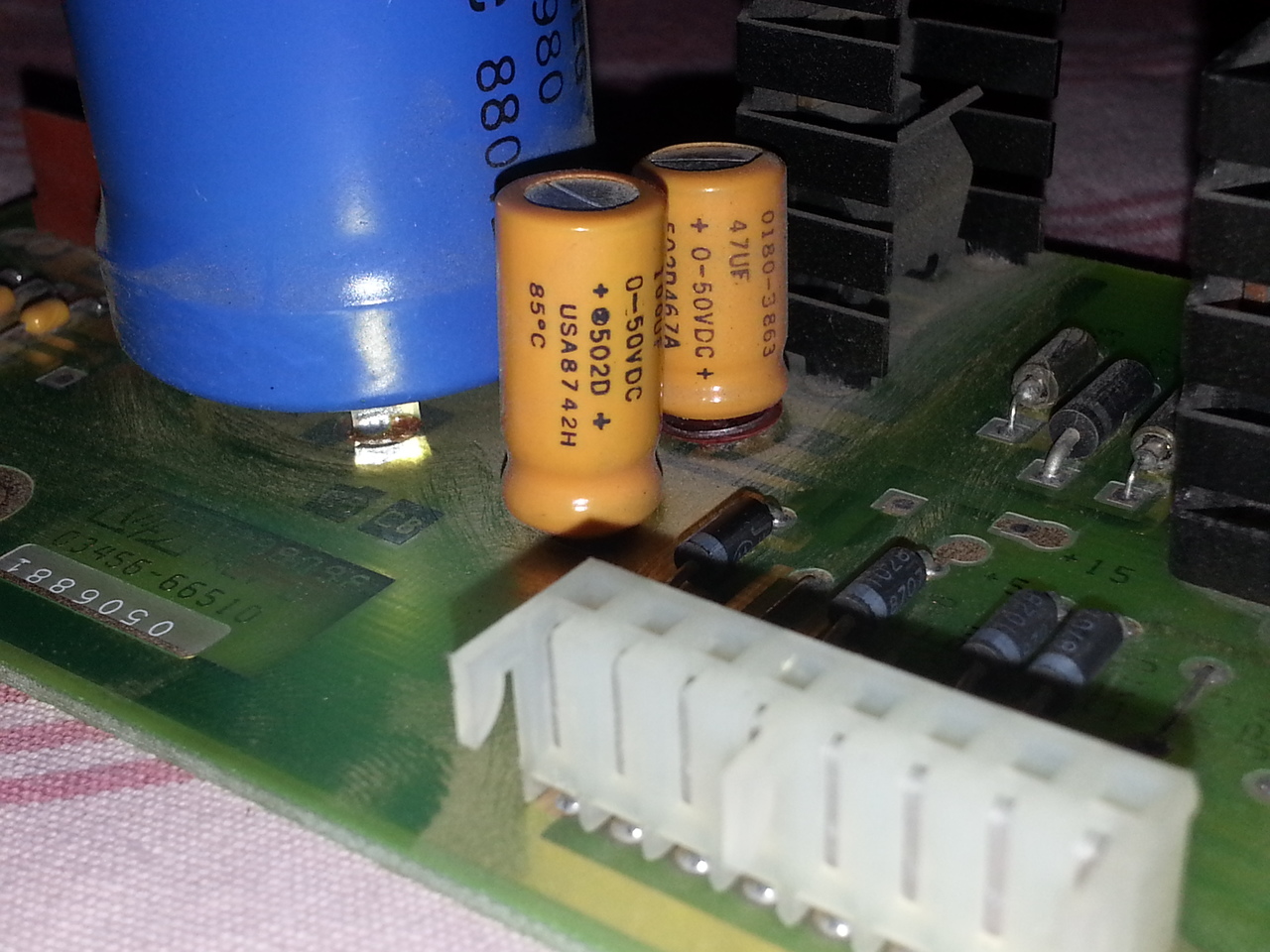 The schematic is very straighforward; few bridge rectifiers, some capatcitors, some regultators, nothing fancy:

The dead capacitor is C7 (47µF, 50V, Sprague). I also checked the other capacitors on the board, and noticed some of them were not very tight. A quick inspection of the solder layer showed a few "cold" solderings on C16 and C19. That would for sure not help the DVM to keep it's accuracy and stability!

So I replaced these caps (and cleaned the dust everywhere I could). Unfortunately I did not have caps with the correct spacing, so the caps I soldered on are not plated on the PCB, and the only replacement cap I could find for C19 is a (probably) poor quality noname brand... I'll have to order some better replacement caps next time I have to purchase on DigiKey or Mouser.

Whatever, after this quick recap, the 3456A is back alive:

And even better, it look much more stable than it used to be!

For example, here a plot of my Geller Voltage Reference a few month ago:

It's time for a nice enclosure for my Geller Labs reference now. I also still have in my todo list a DC reference built around a AD5791 and a LT1100 I have.