After having fixed the PSU of one of my HP8904A signal generator, I discovered that the other unit had its 10MHz reference output dead flat.

I've disassembled the main logic board, but unfortunately, the schematic of this later A2 board (as it is referenced in the servce manual) is notavailable in any available HP's manual...

The board I have is the second revision: 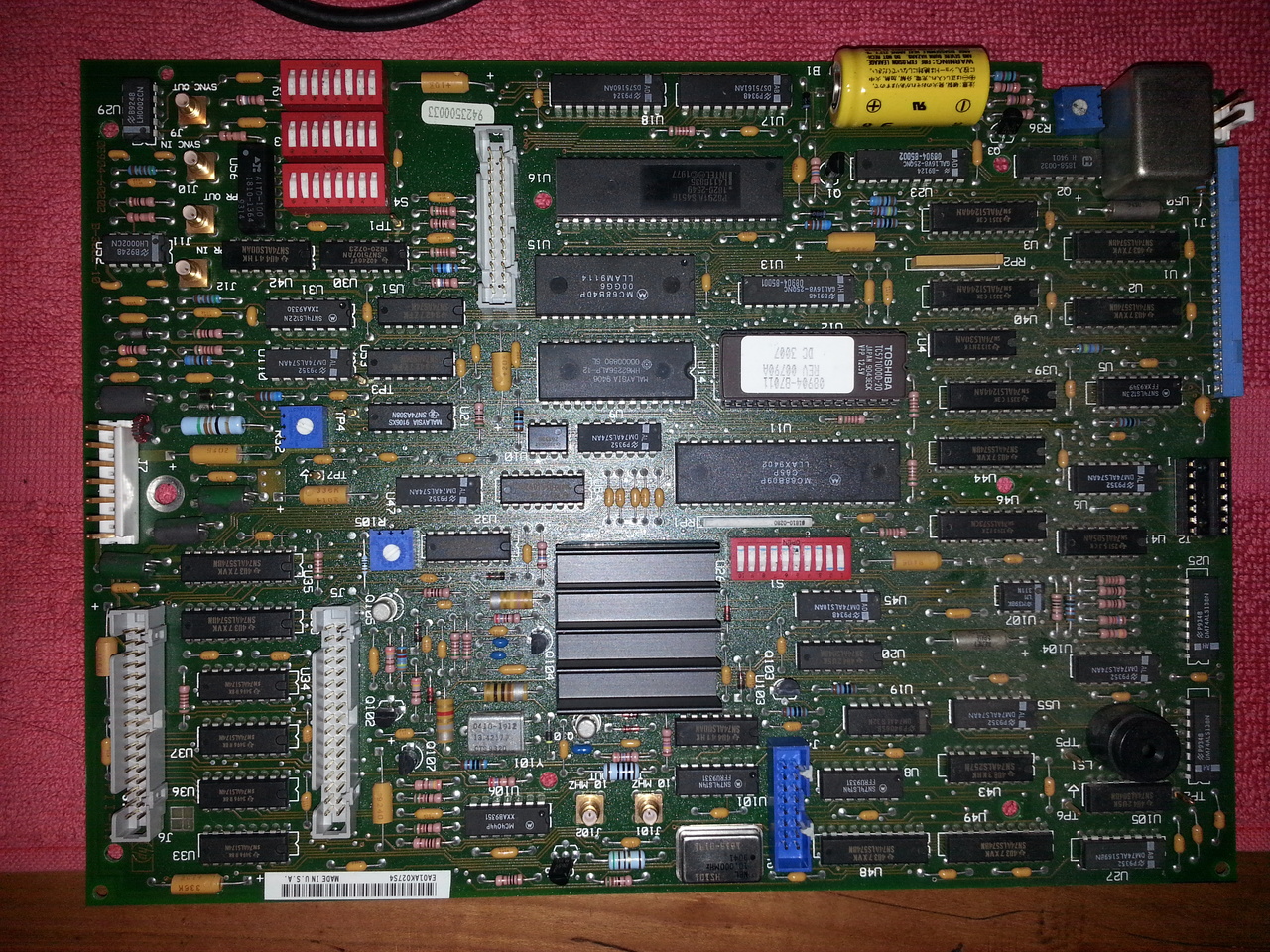 And the bottom side of the PCB:

According to the presence of soldering flux, it looks like the U46 chip (a 74ALS73CN) on this board has been replaced: 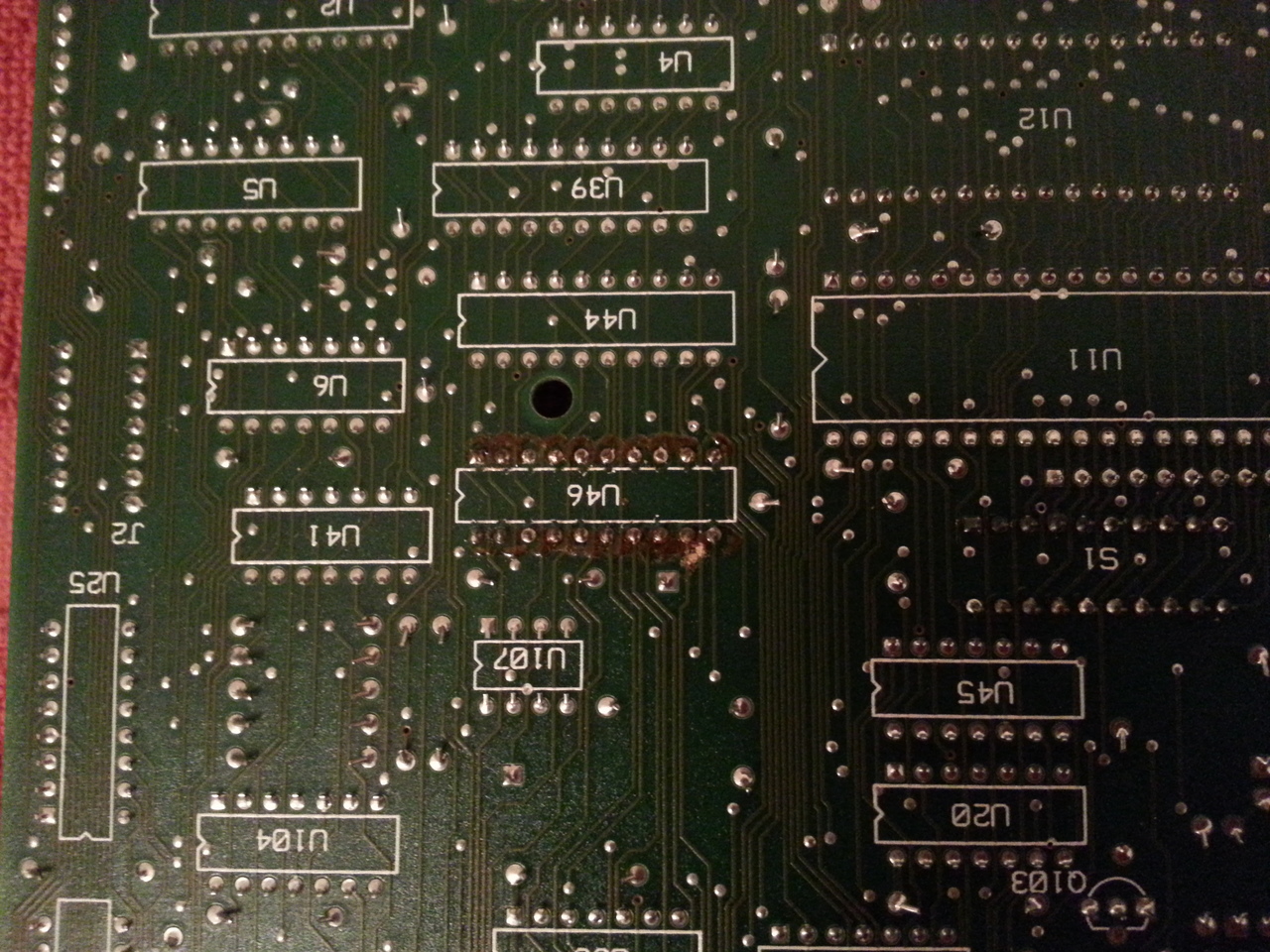 After having moved my scope probe around the 10MHz output (J102), I've found that the most probable culprit is the Q106 transistor (which seems to be a bipolar one). The 10MHz arrives to the base signal, the emitter is grounded, but nothing on the collector...

Unfortunately, HP had the awful habit of taging most of the parts in their test equipments with custom references, even if most of them are in fact regular parts.

The problem was then to identify a reasonable replacement part for this puppy. It presents itself as a Motorola with weird reference 3 0659:

Having no luck searching the net, I've asked the wonderful EEVBlog community for some help identifying this transistor. My question obviously was answered very quickly by several fellows. First I've had the correct reference for the transistor. Its HP part number is in fact 1853-0659 (notice the 3-0659 as stamped on the transistor case), and it is i fact a simple 2N3906.

But another forum member also noted that a wire was broken, as it is clearly visible on the picture above.

So I did a very quit fix for this problem by simply resoldering the broken leg of the transistor, and bingo, the 10MHz output is working again!

This EEVBlog community really is awesome!