I've recently took my good old Tek 2445 scope from the cellar (along with my {tag}HP8904A signal generator), and it showed signs of tired PSU: unstable display, noise, then the typical noise of a capacitor failure.

Here is the beast: 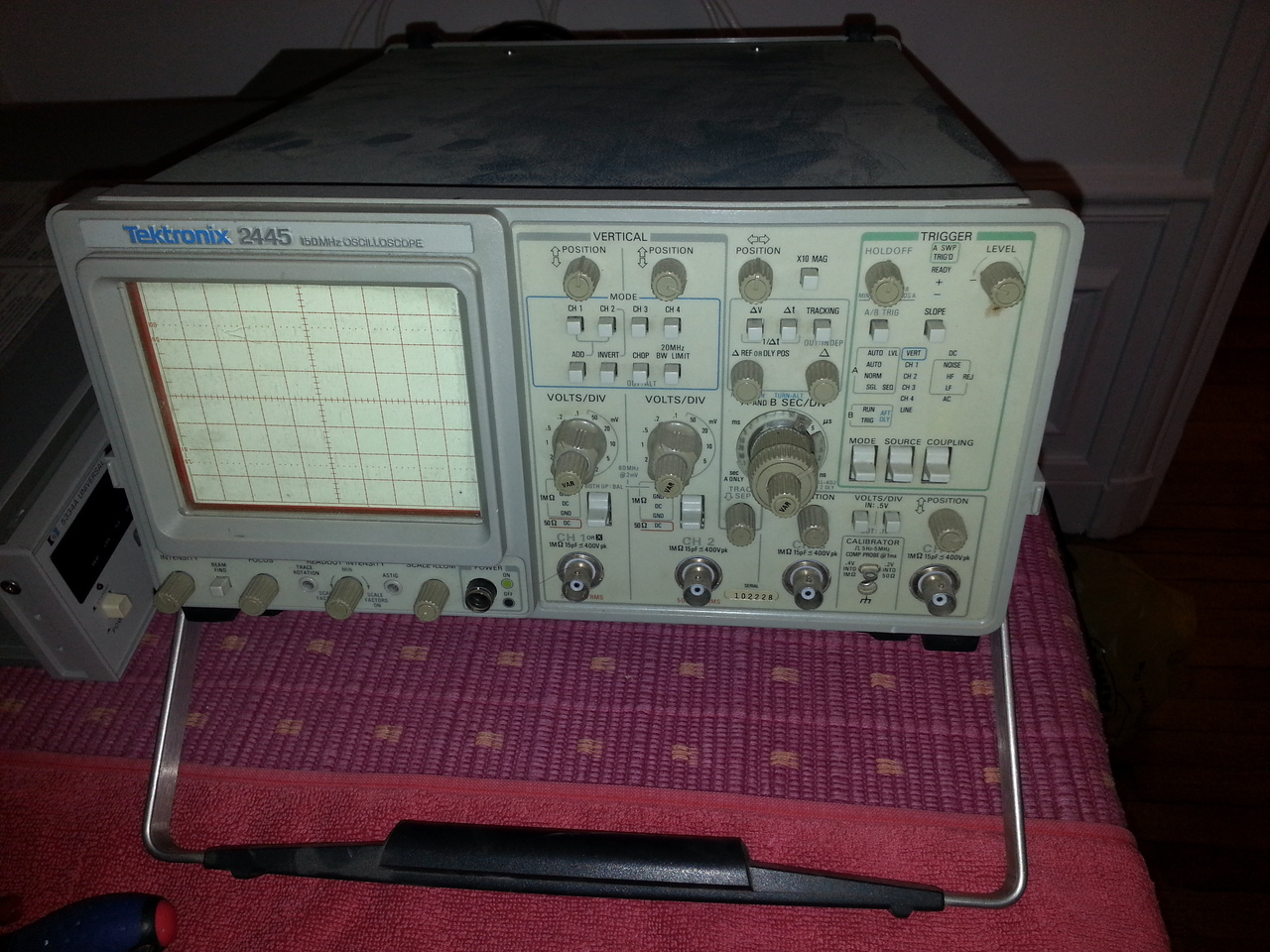 And some pictures of its womb: 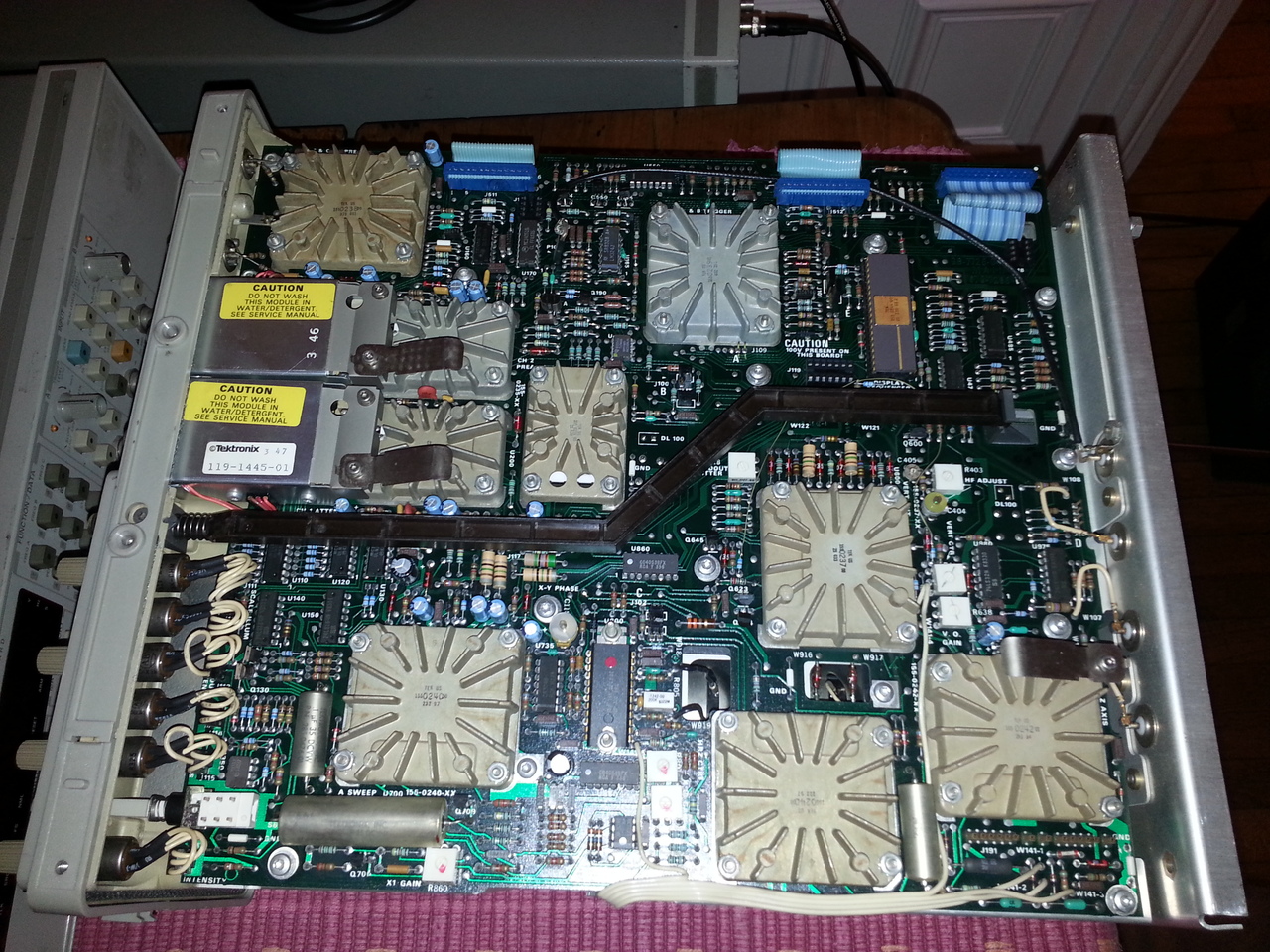 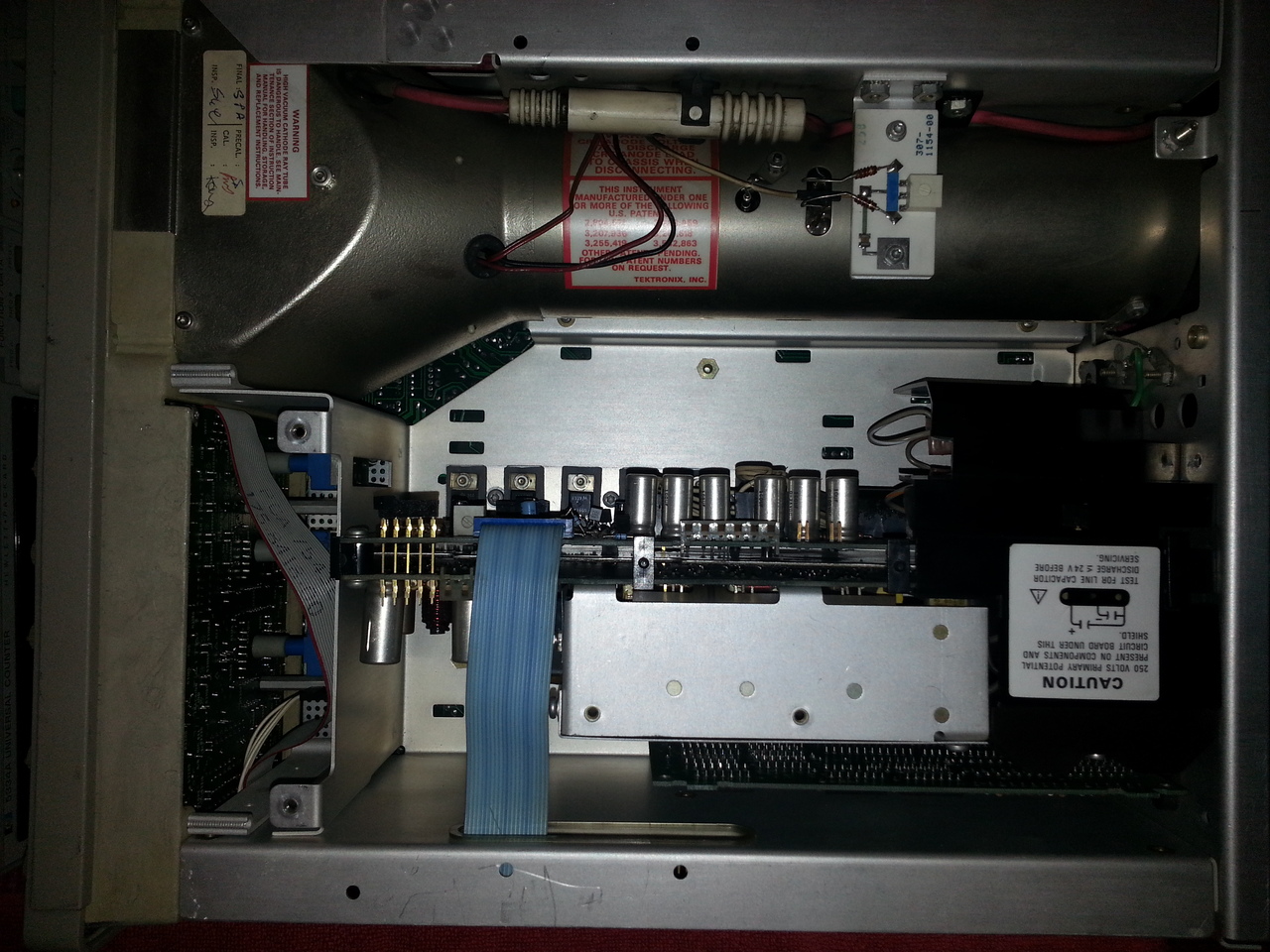 The PSU consists in two PCBs coupled with long jumpers. It's not very difficult to disassemble them but not that straighforard either. I've seen easier test equipments to take apart.

Whatever, its problem was a classic failure of several X2 and Y capacitors on the regulator board (A2): 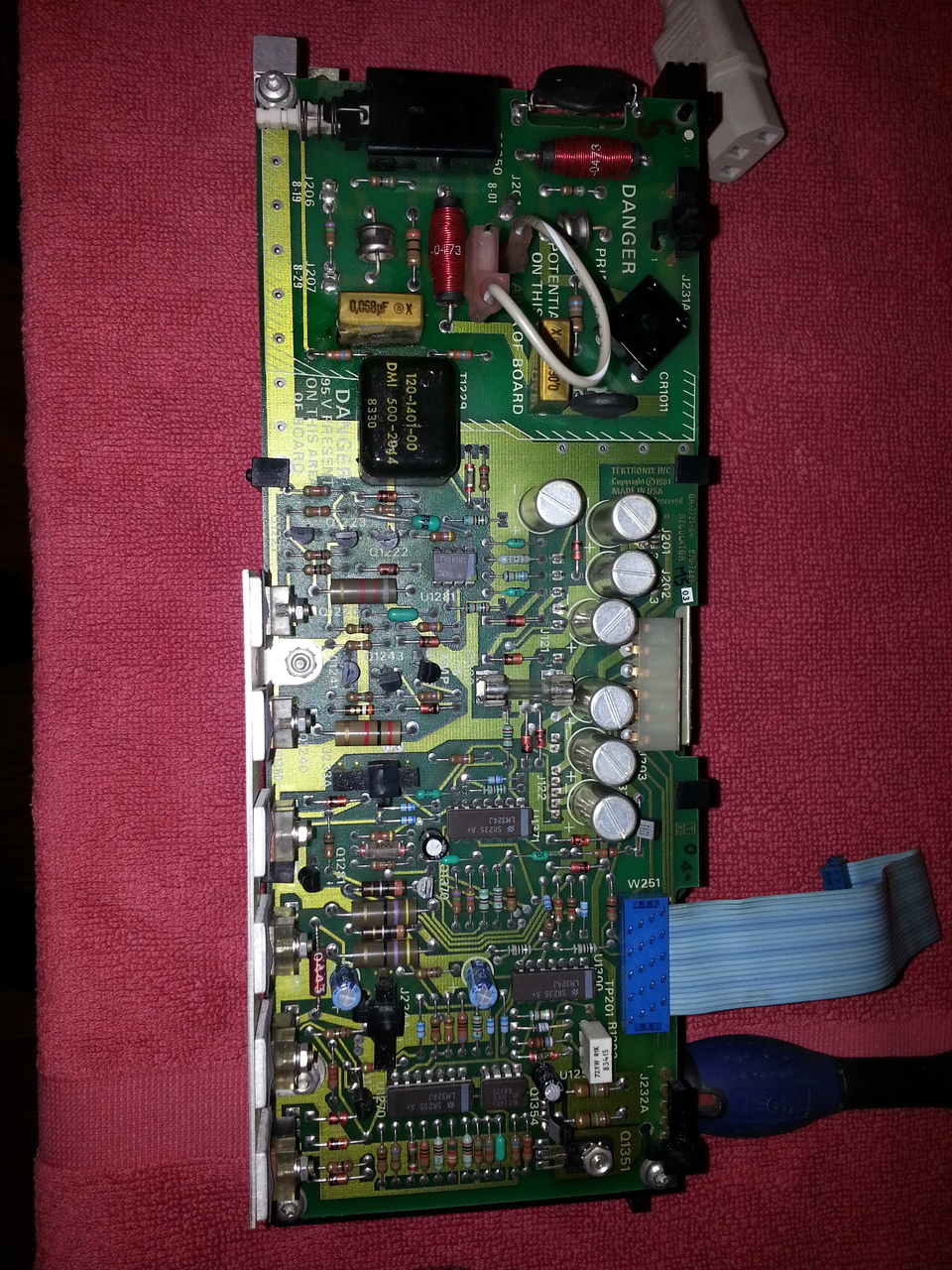 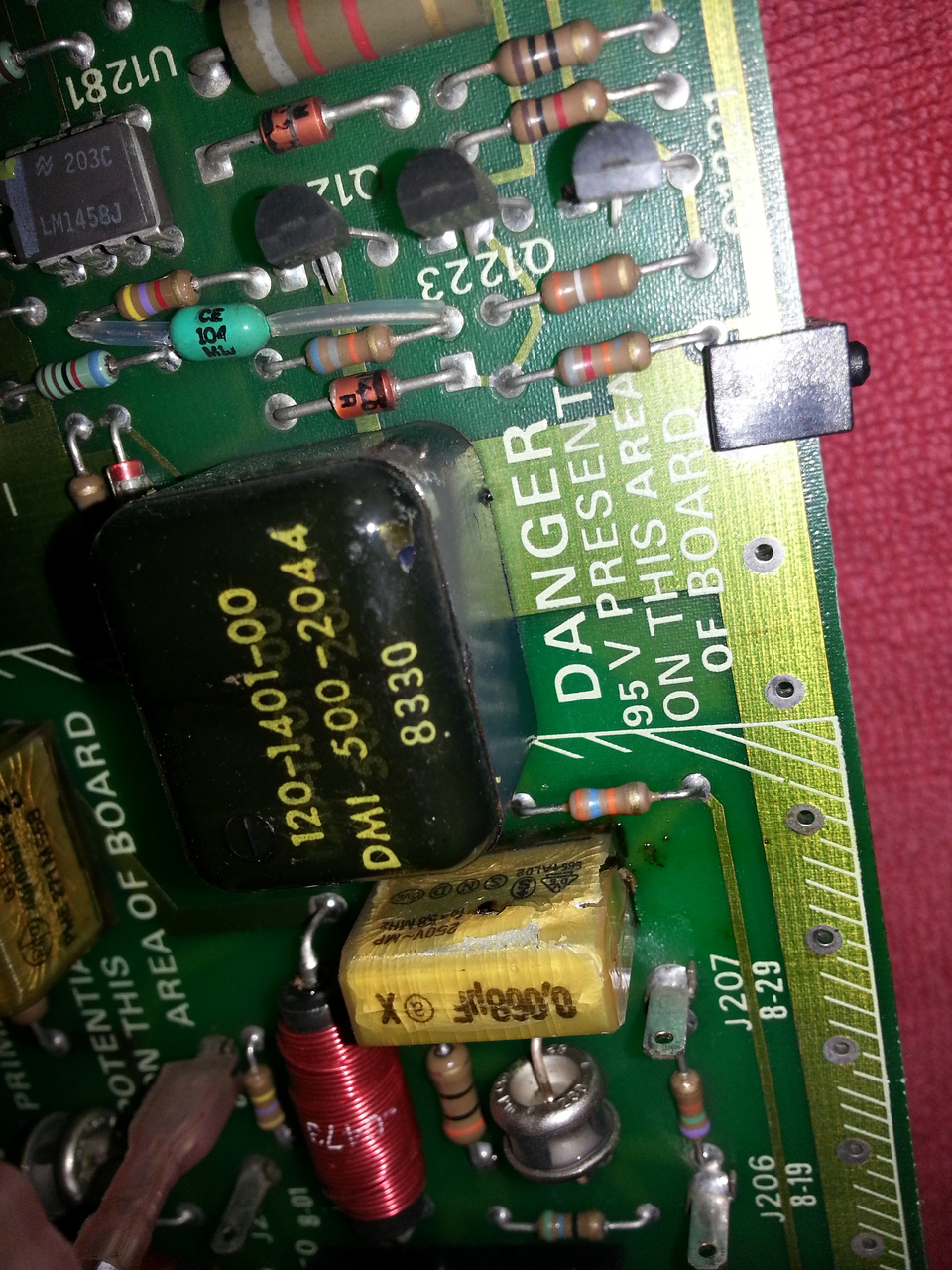 For now, I've replaced them with parts from old switching power supplies (from old Dell and IBM computers), but I'd rather replace them with brand new components. I also still have some small display instabilities, which I need to investigate a bit more. I'll probably replace most of the electrolytics caps on the PSU so that I won't have to repair again any time soon (famous last words).